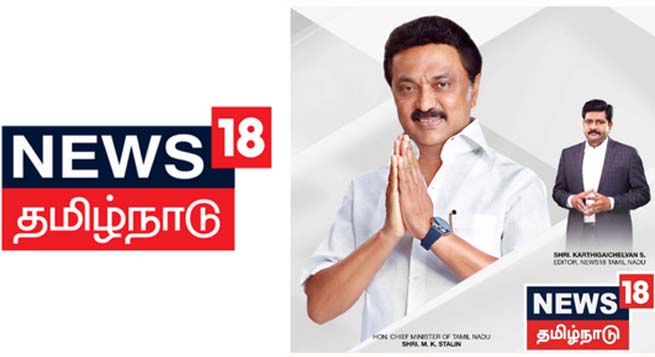 The CM’s exclusive one-on-one conversation with Karthigaichelvan S, Editor, News18 Tamil Nadu, will go on air at 8 am.

The interview, which promises to be explosive, will touch upon a range of contemporary issues concerning the state such as the opposition alliance, BJP, and the odds of him being a king or kingmaker in the 2024 general elections.

This is MK Stalin’s first-ever interview with a media house since becoming Tamil Nadu chief minister on May 7, 2021.

The much-anticipated interview will summarise a range of political concerns including his estimation of DMK’s performance in the upcoming polls and his increasing interest in an alliance with Congress, the company said in a statement.

The chief minister may also share his thoughts on possibilities after the general election of 2024.

Moderating the interview will be the new editor of News18 Tamil Nadu, Karthigaichelvan S.