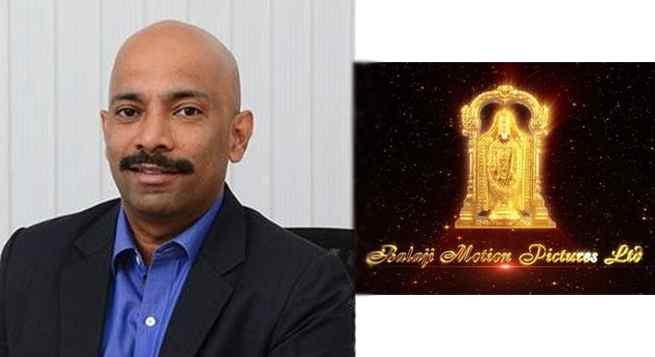 Media and entertainment company Balaji Telefilms Ltd has announced the appointment of Nachiket Pantvaidya as group chief executive officer (CEO). He will be responsible for the overall growth and success of the group’s profit and loss of the company.

Panyvaidya rejoins the company, as he was working with Asianet News Media & Entertainment, with the role of managing director. This would be his second stint with Balaji Telefilms after served as group chief operating officer (COO) at the firm and CEO for its video streaming service ALTBalaji until March-21.

He comes with a rich experience of over 20 years in the mass and urban mass media business. Before Balaji Telefilms, he served his work with top media companies like Star, Sony, Disney, and BBC.

Commenting on the development, Balaji Telefilms’ MD, Shobha Kapoor said, “We have an excellent camaraderie with Nachiket, and we welcome him back into the family. His proven track record of groundbreaking work is sure to continue in his second stint with us as well. I wish him all the best for this new beginning.”

Balaji Telefilms’ joint MD, Ekta Kapoor added, “Nachiket is an experienced professional and I look forward to once again teaming up with him and doing stellar work. On the growth of the overall Group.”

Nachiket Pantvaidya said, “It’s a homecoming for me with Ekta and team, however with a larger mandate now. I am looking forward to planning a roadmap for further accelerated growth of Balaji Telefilms group.”

Earlier, Balaji Telefilms had appointed Zulfiqar Khan as its new New group chief operating officer, succeeding Pantvaidya. He came with over 19 years of rich experience in broadcast and digital media companies like HOOQ India, EROS Now, Star TV, among others.