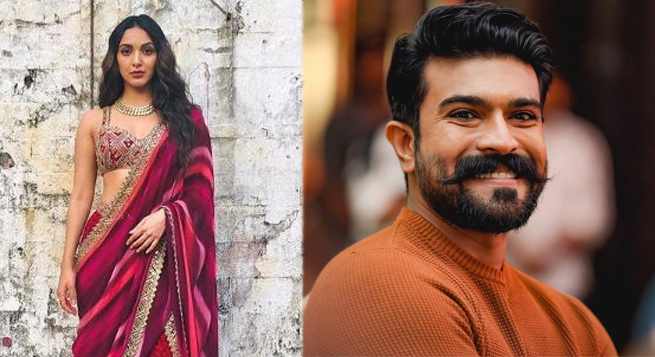 Bollywood actress Kiara Advani has been roped in to feature opposite south superstar Ram Charan in acclaimed director Shankar’s pan-India firm, the makers announced on Saturday.

As per PTI, the project will mark the second collaboration between Advani and Charan after their 2019 Telugu action movie “Vinaya Vidheya Rama”.

“Joining us on this super exciting journey is the talented and gorgeous @advani_kiara! Welcome on board #HappyBirthdayKiaraAdvani #RC15 #SVC50,” the tweet read.

Joining us on this super exciting journey is the talented and gorgeous @advani_kiara !

The actor, whose next release is the biographical drama “Shershaah”, said she is both excited and nervous to work with the experienced artists from the Indian film industry.

Advani said in a statement, “I am excited as well as nervous to work with renowned and experienced names of our film fraternity. I am eagerly waiting to begin the shoot and hoping that this incredible opportunity is translated wonderfully on-screen.”

The film will release in three languages Telugu, Tamil, and Hindi.

It is jointly produced by Dil Raju and Shirish Garu under the banner of Sri Venkateswara Creations.

Charan will next be seen in S.S Rajamouli’s period action drama “RRR” and Telugu film ‘Acharya’ alongside his father Chiranjeevi.