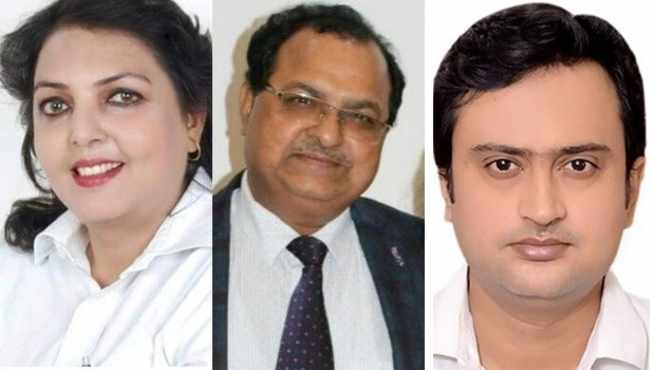 The Hindi news channel, iTV Network has revamped and strengthened its sales team.

Meenakshi Singh has been elevated as President Govt Sales and Retail for India News, iTV Network.

She brings a broad range of 21 years of experience to her new position at iTV Network. She has experience in working with MNC’s like Gecis (GE), Dell, Neoteric. She has been associated with India News since 2020 and was associated as Vice President, Sales, and Marketing, iTV Network.

Sanjay brings nearly three decades of experience to his role in the media Industry. He has been associated with India News since 2010, and in his last role, he was associated as Senior Vice-President in iTV Network heading Aaj Samaj & India News Haryana, Punjab & Himachal.

Before this, he was associated with Hindustan Times as DGM, Chandigarh Unit from 2000- 2010. He has worked with Indian Express and Jansatta as well from 1990-2000 as a Govt. Head.

Suman Singh has also been promoted as Deputy General Manager (Sales). Suman is a seasoned media professional with over 11 years of experience in the Media Industry. He has been associated with India News since 2016. He is associated with Govt. Sales team (Delhi ).

Commenting on these elevations, Varun Kohli, CEO, iTV Network, said, “We are delighted to elevate Meenakshi, Sanjay, and Suman. Their skills and wide experience will strive to further strengthen the various revenue streams of iTV network and achieve robust growth in the coming year and tap newer opportunities in the ever-expanding Hindi news space. The promotion reflects the value they bring to the organization as we execute our plan to grow the business by leveraging our product.”