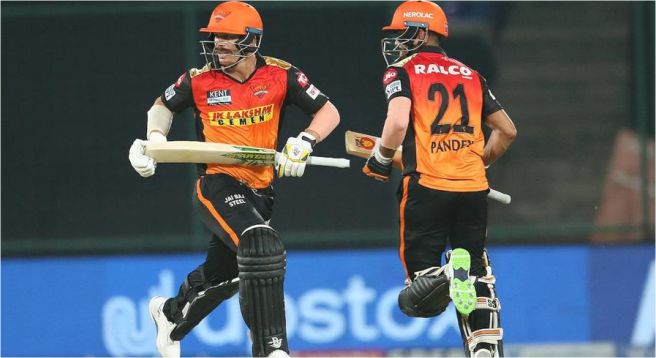 Even as broadcast rights holder Star India supported Indian cricket board’s decision to suspend the 14thedition of Indian Premier League (IPL) on Tuesday owing to virus scare, several top international cricketers are scrambling to return home, which is unlikely to be a smooth passage out of India for many of them.

The Indian cricket board (BCCI) has promised “secure and safe passage” for all participants but existing travel restrictions make it a complicated process for many, especially the 40-odd Australian contingent, including 14 players, in India, Reuters reported.

Australia has banned travellers from India, including its own citizens, from entering the country until May 15, on pain of jail and fines.

Cricket Australia (CA) could not have good news for the likes of Steve Smith and David Warner in a statement with the Australian Cricketers’ Association (ACA).

“CA and the ACA respect the decision of the Australian Government to pause travel from India until at least May 15 and will not seek exemptions,” it said.

The Australian board said it was “in direct contact” with the BCCI “to ensure the safe accommodation and repatriation of Australian players, coaches, match officials and commentators back home to Australia”.

Former Test player and commentator Michael Slater, stranded in Maldives now, had earlier criticised the ban on arrivals from India, saying Prime Minister Scott Morrison has “blood” on his hands. Morrison dismissed that as “absurd” on Tuesday.

“What we’re doing here is we’ve got a temporary pause in place because we’ve seen a rapid escalation in the infection rate in people who have travelled out of India,” Morrison said on the Nine Network.

Returning will not be straightforward for England’s World Cup-winning captain Eoin Morgan, who leads IPL’s Kolkata franchise, and 10 of his compatriots either.

Britain added India to its travel “red-list” last month, which means the English contingent will have to quarantine for 10 days in a hotel.

The England and Wales Board (ECB) said it was in touch with the English contingent “as arrangements are put in place for them to return home safely”.

“The ECB …thanks the BCCI for its commitment to do everything in its powers to arrange for the secure and safe passage of all those taking part in the competition,” an ECB spokesperson said.

The South African cricket board said it was making arrangements to bring back players and support staff.

“Those travelling back to South Africa will undergo home quarantine in line with the current World Health Organization recommendations,” Cricket South Africa said in a statement.

Meanwhile, the decision to suspend IPL was taken keeping the safety, health and wellbeing of all the stakeholders in mind, BCCI said in a statement, adding it does not want to compromise on the safety of the players, support staff and the other participants involved in organising the IPL.

At least two matches were recently cancelled as several players and staff tested positive for Covid despite the IPL bubble.

Star India, the official rights holder for IPL till 2022, in an official statement said,  “The health and safety of players, staff and everyone involved in the IPL are of paramount importance. We thank the BCCI, IPL Governing Council, players, franchisees and sponsors for their support.

“We are also indebted to our employees, on-air talent, production and broadcast crews for trying their best to spread positivity by delivering the broadcast of IPL 2021 to millions of homes in the face of challenging circumstances.”