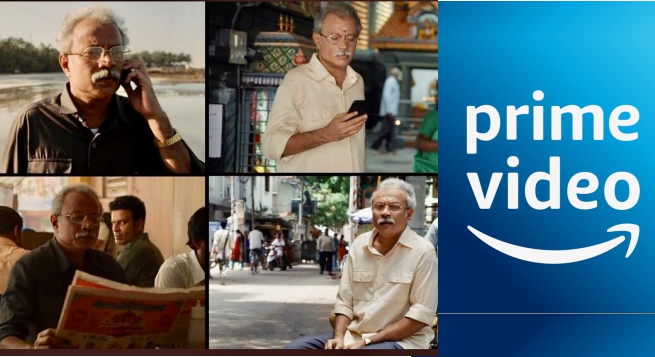 Content Asia, quoting data from Parrot Analytics, has reported that Amazon Prime Video India had a great week from 2-8 June, 2021 “hitting it out of the park” with the espionage action thriller, The Family Man, Season 2.

The media magazine reported that during the 2-8 June week The Family Man 2, headlined by Manoj Bajpayee, debuted and accounted for the show’s 52.9 percent difference from the average demand for titles tracked by Parrot Analytics in India for the week.

Netflix definitely dominated the Top 10 charts, according to Parrot Analytics tracker, with SonyLiv, from the Sony stable, making it onto the digital originals list with Applause Entertainment-produced Scam 1992: The Harshad Mehta Story. Meanwhile, apart from The Family Man2 being a taut thriller, as Indianbroadcastingworld.com had reported earlier the ban calls before its release could have also piqued viewer interest.

Our earlier report on May 26 had stated that under pressure from ban calls issued by politicians from India’s southern states on alleged misrepresentation of Tamils and Sri Lankan Tamils, makers of Amazon Prime Video web series Family Man2tried to do firefighting and issued a clarification allaying fears.

Raj and DK, the directors of the second season of spy web series The Family Man, have said people were jumping to conclusions and “making assumptions” based on a couple of shots in the trailer that was released.

In their statement, the makers of the webs series said, “Some assumptions and impressions have been made based on just a couple of shots in the trailer. Many of our lead cast members and key members of the creative & writing team are Tamilians. We are very cognizant of the sentiments of the Tamil people and Tamil culture and have nothing but the utmost love and respect towards our Tamil people.

“We have put in years of hard work into this show, and we have taken great pains to bring to our audiences a sensitive, balanced and riveting story – much like we did in Season 1 of the show. We request everyone to wait and watch the show when it releases. We know you’ll appreciate it once you watch it.”

Earlier, the government of India’s southern State Tamil Nadu had urged the federal government to take immediate steps to either stop or ban the release of the serial ‘The Family Man-2’ on Prime Video not only in Tamil Nadu but also across the country since it depicted Eelam Tamils in a highly objectionable manner, the New Indian Express had reported.