DTH players for inflation-linked NCF; digital MSOs side with LCOs on NTO 2.0
SUBSCRIBE 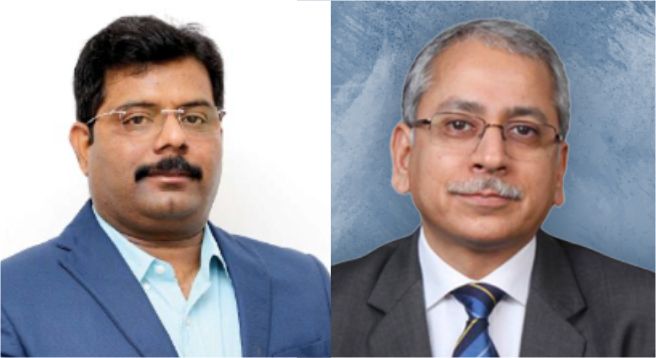 The DTH Association has suggested that there should be inflation-linked review of the network capacity fee (NCF) annually as one of the measures for smooth implementation of regulator TRAI’s tariff regime, while digital MSOs industry body AIDCF has sided with LCOs’ claim that unemployment will increase, amongst other things, if the country goes ahead with NTO 2.0.

Suggesting a new public consultation process to be initiated by April 2022, which should be concluded within three months and implemented by the end of 2022, the Tata Sky MD & CEO Harit Nagpal-led DTH Association, in a letter to TRAI, has said that the regulator should “incorporate an automatic, inflation linked increment clause for NCF in the regulations, moving towards forbearance”.

The Association, which is a collective industry body comprising representatives of Airtel, Dish TV (for Dish TV and d2h brands), Sun Direct and Tata Sky, has also suggested that there ought to be “parity of pay channel pricing” on prices of TV channels “on DD Free Dish, OTT and DTH”.

The TV channels, mostly free to air (FTA), bid for limited slots on pubcaster Doordarshan’s DTH service FreeDish, which is a FTA platform, but, according to industry estimates, reaches 40 million households that are mostly in smaller cities and rural areas.

“The DTH operators seek pricing forbearance in this highly competitive industry as that would be best for the customer,” the DTH operators’ body stated, adding that the satellite platforms should be provided the “flexibility to design and bundle products”.

The All India Digital Cable Federation (AIDCF) and DTH Association letters to TRAI follow a stakeholders’ meetings held in December, organised by the regulator to iron out differences amongst the distribution platform operators or DPOs and broadcasters that are impeding the implementation of the new tariff regime or NTO 2.0, which has been mired in legal battles since 2019.

According to industry sources, TRAI would very much want to put legal hurdles behind it to etch out a consensus amongst various stakeholders, but in recent times the distribution platforms have gone on the offensive, claiming that implementation of NTO 2.0 with new prices of TV channels announced would cause financial hardships to the distributors, including LCOs and consumers.

The new leadership team at TRAI, according to the sources, had tried to convince the broadcasters to withdraw a petition on NTO 2.0, pending in the Supreme Court for a final order. The only hitch being that the trust deficit amongst all stakeholders has stopped the broadcasters from giving a written assurance to TRAI on NTO 2.0’s debatable issues, including capping prices of pay TV channels.

An industry observer summed it up succinctly: nobody is willing to take the leap of faith for a compromise formula to be formalized.

Interestingly, both the DTH Association and AIDCF agree that a two-stage formula should be adopted to implement the tariff regime — and the letters say so also — including another short consultation process.

As possible solution for the first stage, the DTH Association suggested the following:

➢ The cap on the price of ALC channels in a bouquet may be increased from Rs. 12 to Rs. 19 as at present. This will provide for ease of channel selection and avoidance of multiple recharges by subscribers, reduce load on billing systems, etc.

➢ Incentive of 15 percent to DPOs may be permitted on bouquets as prevailing. This will facilitate growth of the DTH industry.

➢TRAI should incorporate an automatic, inflation-linked increment clause for NCF in the regulations, moving towards forbearance.

➢ There should be parity of pay channel pricing on DD FreeDish, OTT and pay DTH platforms.

➢ In addition, the timelines should follow the 30:30:60 days implementation schedule, with the first leg being kicked off after all broadcasters have filed in their tariffs.

AIDCF Highlights LCOs’ Woes: Meanwhile, pointing out that implementation of NTO 2.0 in its present form would harm the interest of LCOs and MSOs, the digital MSO’s body, in a rare show of unity, is openly batting for the last mile operators, while suggesting in its letter that a two-phase formula ought to be adopted for implementing the tariff regime.

Reiterating that the broadcasters have adopted an “evasive and irrational pricing model”, the AIDCF letter stated: “…the MSOs and the LCOs share a co-dependent relationship and presently around 98 percent of the cumulative subscriber base of the major MSOs in the country is catered through the LCOs. This evidently establishes that if the LCOs shut their business operations, the MSOs will not be able to continue with the provisioning and retransmission of cable television signals.”

AIDCF, presently led by GTPL-Hathway’s Anirudhsinh Jadeja as its president, claims to be India’s apex body for digital MSOs with its members representing more than 60 percent of the market share in the cable TV industry.

➢ Broadcasters should ensure that their current bouquet continues to be made  available at the same price (not the new ones announced), so that the MSOs are not required to seek the choice  from the subscribers and no inconvenience is caused to the subs.

➢ The 15 percent incentive on the bouquet should be restored without any new condition.

➢ The pricing of TV channels should be capped at Rs. 12 and there should be no  growth in channel prices. This demand has been justified on the ground that there has been a “huge fall in subscriber base of cable TV”, and OTT and FreeDish were “penetrating the market without any governing regulations of QoS or tariff”

“The Authority would acknowledge that for (the) cable industry to survive, Phase 1 and Phase 2 should go hand in hand. Accordingly, our concurrence to phase I, as proposed, would purely depend upon the written concurrence by the authority for implementation of Phase II,” the AIDCF has said.

It has further appealed to TRAI to create “suitable policies” aimed at “protecting the livelihood of 10 lakh + people who are dependent on cable business for their sustenance”.

The full list of AIDCF suggestions are as below: