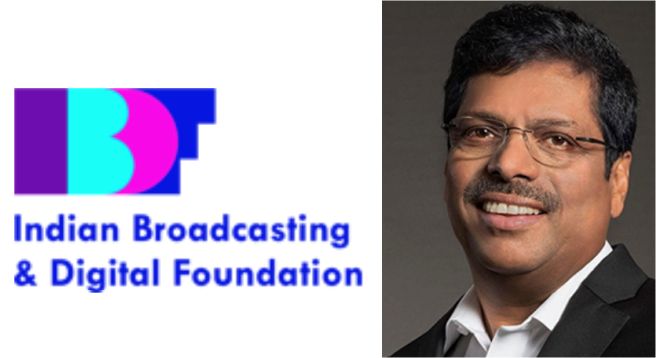 Indian Broadcasting & Digital Foundation (IBDF), an apex body of TV broadcasters and digital streaming platforms in the country, has re-elected Friday K. Madhavan, Country Manager & President, The Walt Disney Company India & Star India, as its President for the second term after the 22nd annual general meeting of the organization company.

“I am humbled by the trust and faith IBDF members have reposed in me to lead the foundation for a second term. We are at an interesting crossroad where the combination of consumer, regulatory and technology trends is remodelling the media landscape and ecosystem. I hope to continue working with the government, industry and other stakeholders for accelerating the growth of the broadcast and digital media sector in the country,” said Madhavan.

Madhavan steps into his second term at IBDF at a time when the whole broadcast industry in India is going through a difficult phase in the aftermath of a sluggish economy and the effects of the pandemic on the bottomlines of TV channels, even as regulatory interventions are high.

An ongoing face-off between the regulator and the industry on the implementation of a new tariff regime or NTO 2.0 would only make things difficult and would need Madhavan’s dexterous skills as a negotiator and a leader, an industry observer opined.

Meanwhile, during the AGM, members of the foundation also re-elected the following members to the Board of IBDF:

The appointment of R. Mahesh Kumar, MD, Sun Network, as a Director on the Board under Casual Vacancy has also been ratified by the members of the foundation.

Subsequently, the Board also elected the following office-bearers: