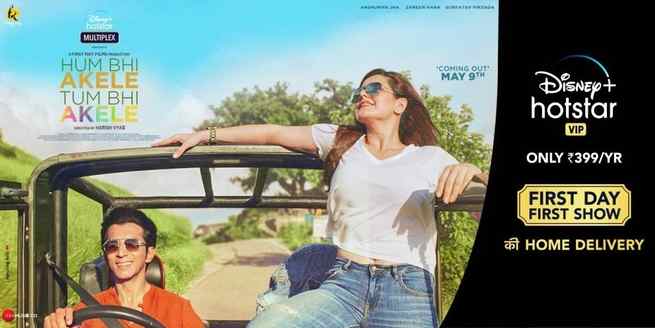 Hum Bhi Akele Tum Bhi Akele, starring Anshuman Jha and Zareen Khan in the lead role, is all set to stream on Disney+ Hotstar on May 9.

Helmed by Harish Vyas, the adventure story of two friends who set out on a road-trip, and discover something beautiful that bonds them.

Actors Zareen Khan and Anshuman Jha portray the role of Mansi and Veer – two strangers and proud members of the LGBT+ community; who have more in common than they realize and chance upon each other at a bar while trying to escape their respective realities.

The duo soon embarks on a road trip that turns out to be a journey of a lifetime. As they drive from Delhi to Mcleodganj, Veer and Mansi discover that love is truly beyond gender.

Written and directed by Harish Vyas and produced by First Ray Films, the film addresses homosexuality, friendship, and love through its lead characters and their humane journey.