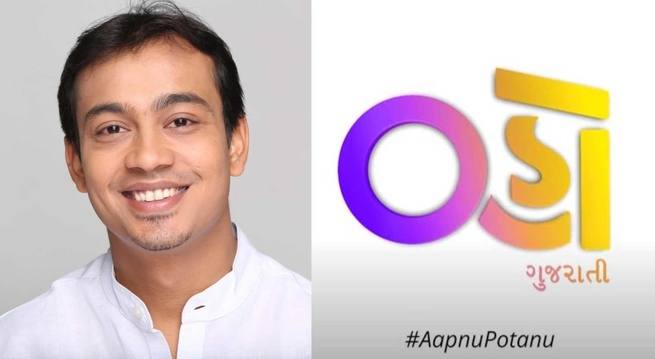 Headed by Abhishek Jain, Filmmaker; Founder, CineMan Productions & Co-founder, OHO Gujarati, the vision behind the launch of this one-of-its-kind platform is to bring stories from every corner of Gujarat to the forefront.

The venture will not only showcase blockbuster movies from recent times but will also feature classic movies, web/mini-series, documentaries, talk shows, theatre plays amongst others, that the Gujarati entertainment industry has to offer.

Apart from showcasing already available content, OHO Gujarati is truly special and different in that it is a platform for the people and by the people.

To reinforce the fact, the platform is dedicated to bringing curated stories by the people from every corner of Gujarat to the limelight, the name of the platform too was suggested by the people through a poll that was conducted online.

Covering a wide range of content and categories, from fictional to non-fictional, from short films to a table read to web/mini-series, the stories will highlight the rich culture of Gujarat, hence breaking away from the stereotypes and perception of Gujarat and its people being only about business and food.

The team behind this unique platform has invited common people to submit their stories, which are shortlisted and formatted into cinematic form, under the guidance of Abhishek Jain.

OHO Gujarati will kickstart its streaming with the maiden web series, VitthalTeedi, starring Pratik Gandhi of Scam 1992 fame. VittalTeedi follows the story of a small-time gambler, exploring the highs and lows of his life through the game of cards.

Apart from VitthalTeedi, other shows scheduled for streaming include OK Boss, KadakMeethi, amongst others.

Talking about the launch of OHO Gujarati, Abhishek Jain said, “I believe there are several talented, young storytellers. And the vision to launch OHO Gujarati is to provide a platform to inspire and encourage these undiscovered talents.”

He further added, “Through this venture, we wish to bring to fore the culturally rich heritage of Gujarat, in terms of literature, content, and entertainment, which can be showcased to the world. Also, it is a small effort to bring forward the best stories from every corner of the state, which will not only entertain and enlighten the Gujarati community in India but will make the global Gujarati community feel connected to their roots.”

Owing to the unprecedented times the world is going through, the management at OHO Gujarati has pledged to donate a part of the subscription amount towards the welfare and well-being of COVID-19 warriors.