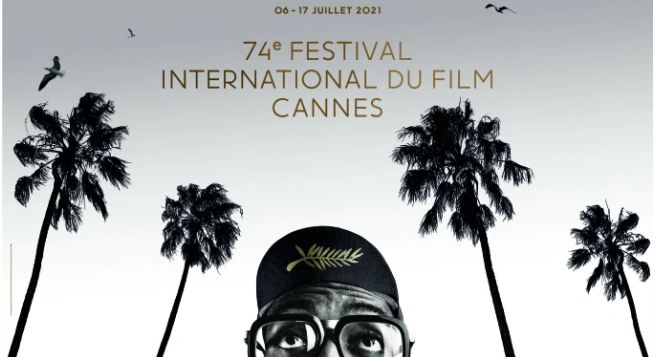 The Cannes Film Festival has paid tribute to the ground-breaking U.S. director Spike Lee by putting the Oscar-winning filmmaker on its poster for the 74th Festival de Cannes.

According to ANI, the image shows Lee in his iconic role as Mars Blackmon, the character from his 1986 feature debut ‘She Gotta Have It’, which premiered at Cannes Film Festival.

Lee resuscitates the Mars character for a series of Nike commercials featuring Michael Jordan. On Mars’ hat, in place of the Nike swoosh, the poster showed Cannes’ Palme d’Or emblem. Lee could be seen looking up pensively at the palm trees that line Cannes’ main throughway, the Croisette.

Lee is the Jury President of this year’s Cannes festival and will be overseeing the international jury that selects this year’s Palme d’Or.

The director was set to head up the 2020 jury before Cannes last year canceled the festival due to the Covid19 pandemic.

Cannes called the Lee’s Blackmon character from ‘She’s Gotta Have It’, “a stereotypical representation of the Afro-American community that the film blows apart,” and also said that it embodied the director’s “mischievous eye which, despite constantly questioning and incessantly rebelling for nearly four decades, never neglects entertainment”.

Lee is a Cannes president, who had debuted five of his features at the French festival, including ‘Do The Right Thing’and‘BlacKk Klansman’, which also won the jury prize, and ‘Jungle Fever’. Lee also contributed a short film to the omnibus project ‘Ten Minutes Older – The Trumpet’, which premiered at Cannes in 2002.

Last year Cannes had said that Lee’s Netflix film ‘Da 5 Bloods’would have premiered on the Croisette if the festival had gone ahead as planned.