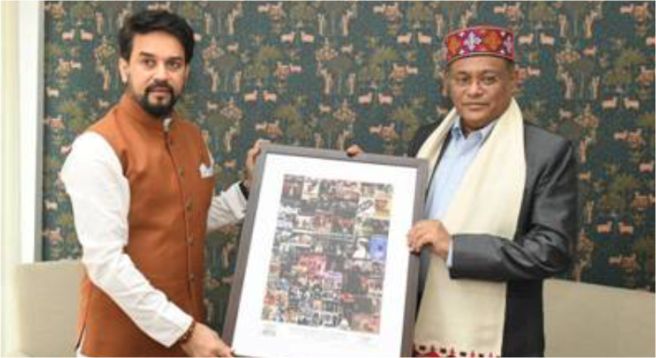 India and Bangladesh will release a biopic on Bangabandhu Sheikh Mujibur Rahman, also known as the architect of Bangladesh’s independence, in March 2022.This information was shared by India’s Minister for Information and Broadcasting Anurag Thakur on Tuesday after he met with his Bangladesh counterpart, Dr. Hasan Mahmud.

“The biopic Bangabandhu is almost 75 percent complete as we talked about completing it sooner. The shooting will be in Bangladesh for the rest of the part. We will try to complete it by March,” said Thakur.

“On 50th year of (the) International Film Festival of India (IFFI), focus country was Bangladesh. People like movies from Bangladesh and how Indian movies can be shown more in their countries will be our focus. We are trying to better our relations in the field of movies, audiovisual technology, virtual effects and gaming, and other technology sectors,” added Thakur.

Mahmud earlier on Monday inaugurated the Bangabandhu Media Centre at the Press Club of India in New Delhi.