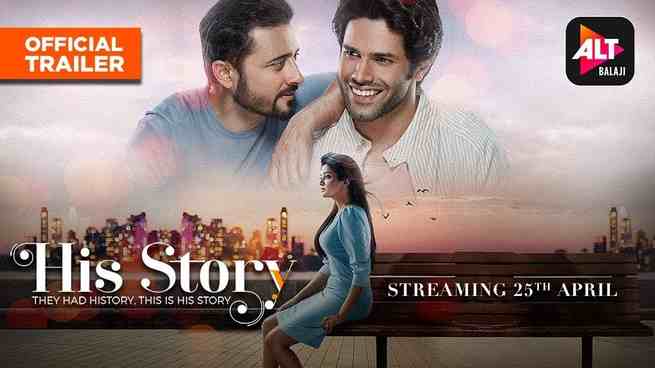 The Over-the-top platform ALTBalaji’s “His Story” is an urban relationship drama, premiered on April 25. And within a week, the show has fixed a spot in the audience’s heart.

A media Ormax Media’s Most Watched Shows of the week was recently released, and ALTBalaji’s urban relationship drama, His Story, made it to the list at the desired spot.

As per their viewership estimates in India from April 26 to May 2, 2021, His Story grabbed around 1.9 million views. It brings His Story to the fourth most-watched digital show of the week.

While the first spot was taken by the MX player’s thriller series, Hello Mini 3, His Story’s tremendous entry in the most-watched shows just within a week is something commendable.

ALTBalaji’s His Story is an urban relationship drama that features same-sex romance. A couple married for 20 years with two beautiful children is torn apart when the husband finally gets the gut to accept his sexual identity.

Sakshi, the wife, played by Priyamani, is bewildered when she learns the truth about her husband Kunal cheating on her with another man, Preet. Their marriage hits the rocks. However, how the estranged couple, now allies, face society, the stereotype and prejudices are what His Storyy’s backbone is about.

His Story will be streaming on ALTBalaji and Zee5.