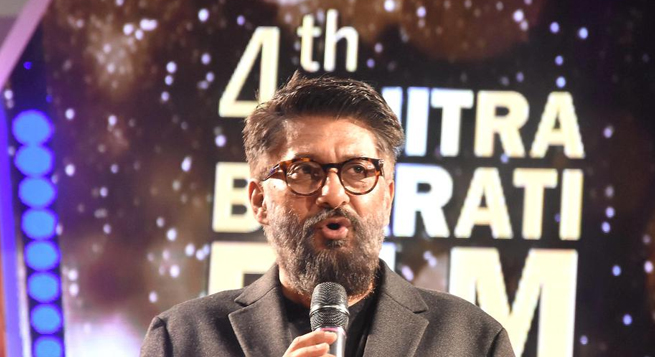 Filmmaker Vivek Agnihotri on Thursday announced his next movie titled ‘The Vaccine War’.

The director, who attained commercial success with ‘The Kashmir Files’, took to Twitter to share details of his new project.

“Presenting ‘THE VACCINE WAR’ – an incredible true story of a war that you didn’t know India fought. And won with its science, courage & great Indian values,” he wrote.

The director also unveiled the poster of the film.