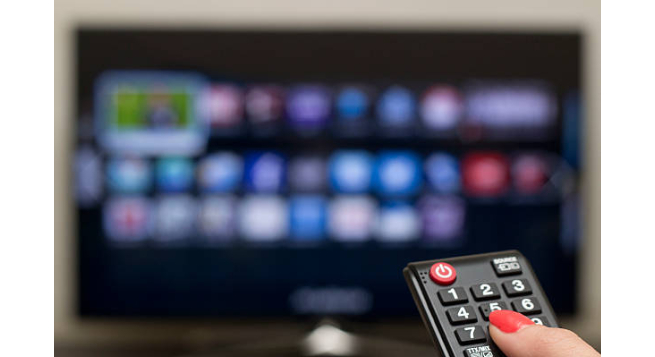 The Telecom Regulatory Authority of India on Tuesday announced amendments to its earlier tariff order for the broadcast sector, laying more emphasis on forbearance and granting broadcasters more freedom on pricing and discounts.

However, while making it clear that the broadcast industry would be under its scanner for any breach of faith, it hinted that consultations with distribution platforms could be held in future on the issue even as TV channels’ body IBDF welcomed the regulator’s latest advisory.

a. Continuance of forbearance on MRP of TV channels.

b. Only those channels that have a MRP of Rs.19 (approx. USD 0.23) or less will be permitted to be part of a bouquet.

c. A broadcaster can offer a maximum discount of 45 percent while pricing its bouquet of pay channels over the sum of MRPs of all the pay channels in that bouquet.

d. Discount offered as an incentive by a broadcaster on the maximum retail price of a pay channel shall be based on combined subscription of that channel both in a-la-carte as well as in bouquets.

“The Authority is of the view that broadcasters should be given full freedom and business flexibility to monetize their channels. Moreover, there can be some channels with unique content for niche category of viewers. Such niche category channel(s) desire freedom for pricing their channel as their target audience segment may be small.

“Similarly, the cost of production of the programme varies in many different aspects. Therefore, the Authority considers that defining a ceiling price of television channels may impinge on ability to produce better content, more so for niche category of channels. Accordingly, continuing its light touch approach regarding pricing of channels, the Authority has decided not to prescribe a ceiling on the MRP of pay channels as of now,” TRAI said in its detailed note put out for public consumption.

While allowing market forces be in play, the regulator made it clear that it expects the broadcasters will “ensure complete transparency, non-discriminatory behaviour and protection of subscriber interests while pricing their channels”.

“It is expected that broadcasters will price their channels reasonably, ensuring to pass the benefits of digitisation to the subscribers,” TRAI said.

On the issue of MRPs and consumer interest, the TRAI note said: “Balancing the interests of service providers (broadcasters and DPOs) and consumers, the Authority has decided that the ceiling of Rs. 19 on the MRP of a channel to be part of a bouquet will be in-order. This is expected to create minimum hassles to consumers. The Authority expects that Broadcasters will adjust the price of the television channels to benefit from the revised price ceilings and include all popular channels and sports channels in the bouquets.

“A consumer would have a fair balance of choice of channels and subscription of getting any channel either on a-la-carte basis or in a bouquet. The Authority also expects that the revised ceiling will entail minimal changes in bouquet configurations.”

All the broadcasters will have to report to TRAI any change in name, nature, language, monthly MRP of TV channels and composition and MRP of bouquets of channels by December 16, 2022 while simultaneously publishing such information on their websites.

The broadcasters who have already submitted their RIOs in compliance with the New Regulatory Framework 2020 may also revise their RIOs by December 16.

All the distributors of television channels shall ensure that services to the subscribers, with effect from February 1, 2023, are provided as per the bouquets or channels opted by them, TRAI said.

“The industry was at a standstill for more than four years while content prices continued to move at market rates. NTO 2.0 amendments are the outcome of the strong collaboration between industry and TRAI,” Madhavan said in a statement Tuesday.

“Rather than pursue a litigative approach to address pending demands, our approach of engaging in constructive dialogue has allowed us to make strong progress in creating a more conducive environment for the industry on the pricing front. We remain confident of moving to an environment of regulatory forbearance,” he added.

Almost a week back, Madhavan, while giving the inaugural address at the CII-organised Big Picture Summit media conference, had said news, print, music and radio continue to be important contributors to the entertainment industry and are undergoing massive changes, but in these challenging times “timely support from policymakers and regulators is of utmost importance”.

The industry would like to see a light touch regulation. It will encourage them, especially in the newer and growing areas like OTT, innovation and investment, he had said.

According to Madhavan, the television broadcasting segment had been severely impacted, pending a resolution on the new tariff order.

”A quick resolution is important for consumers, broadcasters as well as distributors. Ideally, we should adopt a principle of forbearance, in line with practices in most of the developed markets. The industry would like to see a light touch regulation”, the Disney Star chief stressed.

On Tuesday, TRAI granted Madhavan his wish that he had made on behalf of the whole broadcast industry.