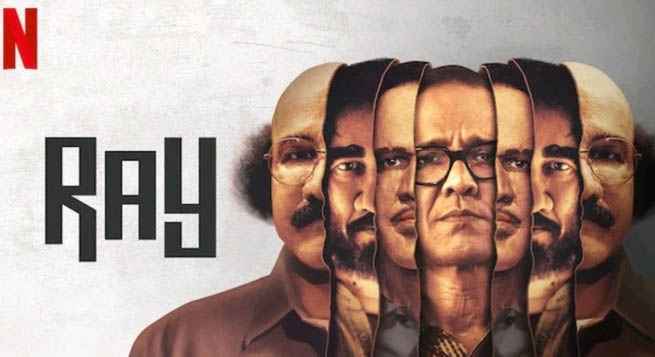 The trailer shows a thrilling modern re-telling of four classics, which are filled with some gripping stories and intriguing characters.

The four stories titled Hungama Hai Kyon Barpa, Forget Me Not, Bahrupiya, and Spotlight show an engaging and thrilling ride for the audience. Manoj Bajpayee, Ali Fazal, Harshvarrdhan Kapoor, and Kay Kay Menon will helm each story based on themes of ego, revenge, envy, and betrayal.

‘Ray’ will premiere on Netflix on June 25.