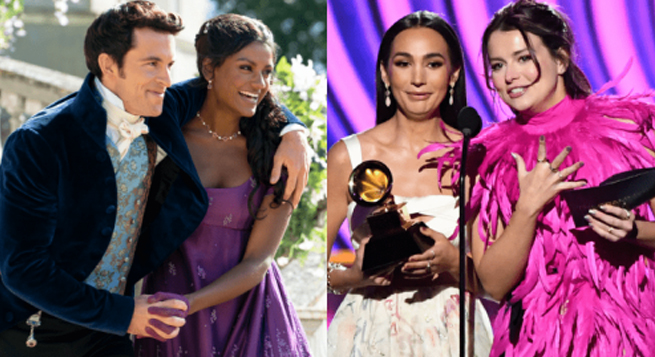 Netflix has withdrawn a lawsuit against the creators of ‘The Unofficial Bridgerton Musical’ after the streamer settled.

Three days after ‘The Unofficial Brigerton Musical’s sold-out performance in the US capital’s Kennedy Center, a copyright infringement lawsuit was filed against Emily Bear, and Abigali Barlow, in Washington, by the streaming service.

Netflix had contended in federal district court that the case has been dismissed with prejudice, which means that it cannot be brought again. Post the debut of Bridgerton on Netflix in December 2020, Barlow & Bear, the creative duo, started to post about the series on Tiktok, with the composition of songs, which are based on scenes, plot and dialogue points, scenes, and characters, with the subsequent release of the album ‘The Unofficial Bridgerton Musical’, winning a Grammy award and leading to the stage show, Reuters reported.

The series is based on Julia Quinn’s Regency-era romance novels. Netflix in its complaint said: ‘The conduct of Barlow & Bear has started on social media, stretching fan fiction past its breaking point.’

According to Netflix, it was an outright blatant infringement of intellectual property rights. A performance scheduled for September, at the Royal Albert Hall in London, has been canceled by Barlow & Bear.