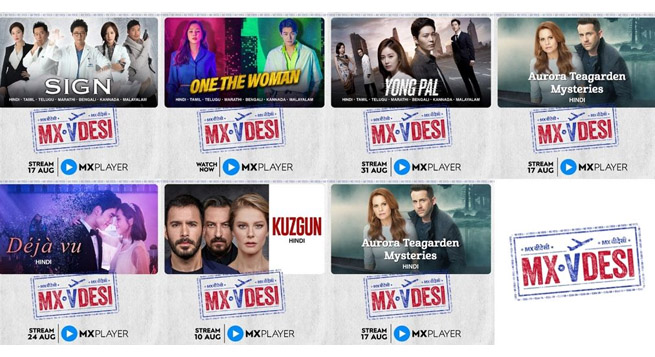 Kick-starting the binge-fest with a blockbuster 16-episode long Korean drama – ‘One the Woman’ featuring an avalanche of emotions. Dubbed in Hindi, Tamil, Telugu, Marathi, Bengali, Kannada, and Malayalam.

The show follows the story of a tough female prosecutor who switches places with her doppelganger with opposite characteristics after an accident.

‘Kuzgun’ a family drama with 71 episodes of Turkish drama radiates all the emotions possible on the spectrum, the story of the Kuzgun family whose life takes a tragic turn when the father is held against the caliper. Available in Hindi will stream on August 10.

Another, 28-episode show ‘Aurora’s Tea Garden Mysteries’ is now available in Hindi and will stream on August 17.

‘Sign’ a Korean show which is available in Hindi, Tamil, Telugu, Marathi, Bengali, Kannada, and Malayalam languages, will stream from August 17.

‘Deja’ Vu’ is a Taiwanese drama series that follows the story of Xu Hai Lin and an offer by a mysterious stranger. Dubbed in Hindi, the 24-episode show is all set to stream on August 24.

The story follows a talented surgeon, desperate to raise money for his sister’s medical treatment, who gets embroiled in a twisted conspiracy leading to accidental consequences, will stream on August 31.