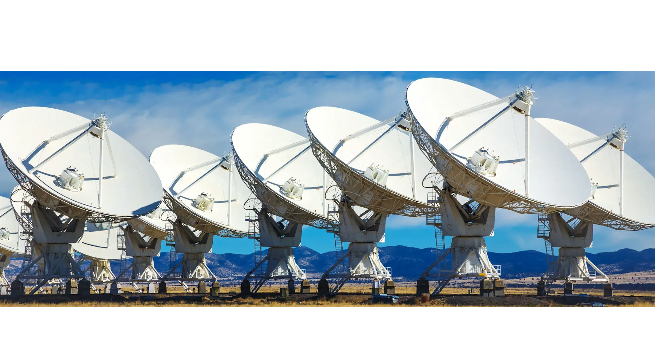 India’s Ministry of Information and Broadcasting (MIB) recently — and finally — unveiled revised uplinking and downlinking guidelines and instantly it sparked off a debate on the pros and cons. But, please remember, the rules have been updated after 11 years from the time it was first conceptualised in 2011.

The efforts of the MIB to streamline the process and give well-defined timelines, apart from other things, to the processes is certainly a welcome and forward-looking step for the industry. Though, there are few wrinkles that still need to be ironed out to further ease the pains the stakeholders had to endure till now. We hope the broadcast and cable industry, which has not seen the addition of very many TV channels in the last few years (rather quite a few linear channels have been shuttered), will see some capacity added; especially in the realm of regional and kids genres.

That the industry is heaving a sigh of relief with permissions for the temporary uplinking and live telecasts simplified and made on a self-declaration basis goes without saying. Another important step towards ease of doing business (EODB) has been the formalization of the news gathering process by means other than DSNG — like fiber and mobile back packs, which were being used by the industry, but were not formally recognized.

The process of change of logos, mode of transmission, etc. too have been simplified and made on the self-declaration basis.

An underlying theme of these new UL/DL guidelines has been to try to establish India as a hub for uplinking and downlinking, a la Singapore and Hong Kong, which in the Asia region are two places where TV channels flock to. Generally.

According to some data collated by this writer, an estimated 300 TV channels are uplinked from Singapore, while Hong Kong’s share is roughly 150 channels. Both the destinations have been developed over a period of time. Industry folklore is that a channel gets all clearances and is ready to uplink from these two places in less than a week. All of which speaks volumes for the simple and straight-forward rules adopted by the governments of these two places.

But MIB’s present concept to try to make India a regional uplink hub may not be very original, after all.

It read: “14 UPLINKING HUBS PERMITTED. The Government of India has permitted 13 companies to set up 14 uplinking hubs/teleports in the country. The Government has liberalized the Uplinking Policy to permit private companies incorporated in India with permissible foreign/NRI/OCB/PIO equity to set up uplinking hub for leasing or hiring out their facilities to the broadcasters. All TV channels, irrespective of their ownership, including equity structure, or management control have been permitted to uplink from India provided they undertake to comply with the Broadcasting (Programme and Advertising) Codes laid down by the Ministry of Information and Broadcasting. The Government has also announced in the recent budget rationalization of customs duty on Earth Station equipment. This information was given by Minister for Information and Broadcasting, Smt. Sushma Swaraj in a written reply to a question in Lok Sabha today.”

With India’s advantageous geographical location, TV channels — Indians and foreign — can use it as a base to cover a vast region stretching from South East Asia to West Asia.

But the billion rupee question is: it has to be seen how many of those TV channels, Indian and foreign, which use uplink/downlink facilities in other Asian countries, can be lured to India? The next poser is: can India really give them the time-defined environment where they can just uplink by bringing in the content without having to navigate the bureaucratic labyrinth? At least, Prime Minister Narendra Modi’s clarion call has been that the country has been trimming red tape.

The current UL/DL policy, however, still smacks of legacy problems at places wherein multiple clearances are required. These nods from various government agencies can take months before the final permissions are granted and this could be a major deterrent or a damper to the whole hub concept being espoused by the MIB — whose honest intentions certainly cannot be faulted. Still, the rules could have been simpler.

There were few channels that were being uplinked from India without any landing rights here as they were meant for markets other than India. However, over a period of time those have shut down and the content now has been moved on to fibre for delivery to various destinations.

Technology certainly is evolving and continues to be a disruptor. With growing competition from the fibre and Cloud, TV channels are moving away from satellite uplinking as it gives broadcasters a lot of flexibility and needs less regulatory compliance.

If India is serious about luring more broadcasters to make the country a regional home for uplinking (and downlinking), then the policy-makers really need to simplify further the whole process or bring in a concept on the lines Media Zones, akin to export processing zones, where business is conducted with minimal clearances and paperwork and thrives more on the basis of self-declaration.

The mandate for TV channels, except sports genre, to carry public service messaging in the national interest for 30 minutes daily is a big damper to the new UL/DL guidelines. Yes, broadcast regulator TRAI had recommended it a few years back, while making a slew of other recommendations. But it had also been suggested that the government devises a way to financially compensate the TV channels.

This mandate will need more discussions with the stakeholders for a consensus to evolve as the modalities for the same are still in the works, if MIB officials’ public statements are anything to go by.

There are grey areas in this ‘national interest’ content clause. Will the duration of the 30 minutes slot have to be completed at one go? Can this half hour be broken up into several smaller time slots? Will the government also issue an advisory on the time period of the day when such ‘national interest’ content has to be broadcast? And, very importantly, who will pay for such content as smaller TV channels would definitely feel the burden of this additional expenditure on content?

It is hoped that the underlying theme of EODB while framing the guidelines will be followed in letter and spirit, and the broadcasting industry will feel more empowered and continue to grow after a period of stagnation.

(Rajiv Khattar, the author, is a media industry veteran and a consultant, specializing in tech and satellite matters. His last assignment was as the South Asia head for a global satellite company, ABS. Before that, he spent almost two decades with the Zee group in various leadership positions in Siti Cable [now Siti Networks] and Dish TV. In between, for a short while he also did a stint at Reliance Industries’ media unit. The views expressed are those of the author and Indianbroadcastingworld.com is not responsible for them, nor necessarily subscribes to them.)