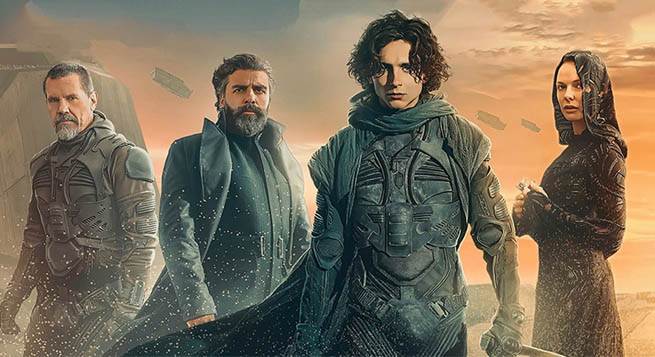 Canadian filmmaker Denis Villeneuve’s hotly-anticipated film, ‘Dune’ reboot of the sci-fi classic, will be making its world premiere at the Venice Film Festival in September.

According to ANI, the fest has announced that the big-budget sci-fi epic top-lining Timothee Chalamet and Zendaya will world premiere in Venice out-of-competition on September 3.

The film has been adapted from Frank Herbert’s seminal science fiction bestseller about young Paul Atreides (Chalamet), scion of the noble House of Atreides, tasked with overseeing the barren desert planet Arrakis, also known as Dune.

The release of Dune has been delayed several times, due to the ongoing coronavirus pandemic. In the U.S, Warner Bros has decided to release the film simultaneously in theatres and on WB’s HBO Max.

‘Dune’ is scheduled for a simultaneous release in theatres via Warner Bros, and on HBO Max on October 1.

Even, Venice chief Alberto Barbera will unveil the full lineup for the 78th edition of the world’s oldest film festival in late July.