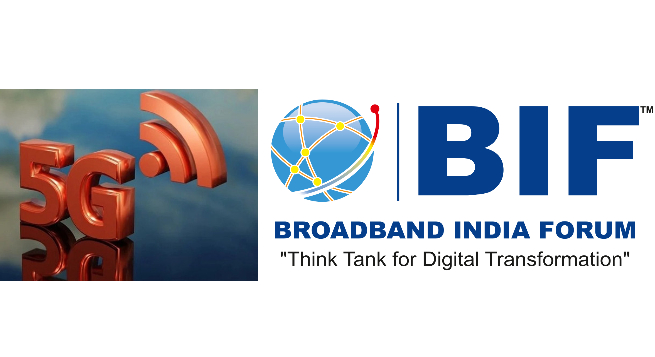 As India prepares for the 5G spectrum auction next month, the Broadband India Forum (BIF) on Monday said that not allowing direct spectrum allocation to enterprises will be anti-competitive and only favour the telecom operators.

Based on some of the media reports, it is understood that the government is initially considering including only the framework for enterprises to set up private 5G networks in partnership with telecom operators, by taking spectrum on lease or by getting their networks built by them.

BIF, according to an IANS report from New Delhi, said in a statement that such an action, if taken, will provide a regulatory advantage to one side; more so since that side is already “overly strong and has the advantages of huge external market power of an incumbent network, which directly impacts the businesses of the weak non-telecom vertical players, i.e. enterprises”.

The NIA provides explicit clarity on the subject of captive non-public networks (CNPN).

“The Section 2.4 of the NIA on CNPN has laid down the principle that a CNPN can be set up in any of the four possible ways, including the one where CNPNs for non-telecom verticals may obtain the spectrum directly from DoT and establish their isolated network,” read the BIF letter.

The Telecom Regulatory Authority of India (TRAI), in its recommendations, has also clearly stated the rationale for including direct allocation of spectrum to non-telecom verticals/enterprises for captive private 5G networks.

“The government must prevent distortion of competition and undue advantage to certain industry sections,” the industry body reiterated.

According to TV Ramachandran, President, BIF, if media reports are taken to be true, “these guidelines would surely distort competition and go against the essence of the Cabinet decision as well as the NIA dated 15th June 2022, wherein there was no indication that the options for incumbents to offer these services first were to be facilitated”.

“Besides creating undesired differences in the system at the very beginning, it would also lead to uncertainty and Hobson’s choice for the enterprises for setting up their CNPNs. That, in turn, would lead to suboptimal outcomes for them as regards efficiency, quality, and cost of service being offered/made available to them,” he stressed.

The industry body requested the government to “truly implement the Cabinet decision in letter and spirit”.